To find a new world within the familiar one is to be able to revive our own moment of being over and over again. The revival of the moment may be only achieved by being creatively involved in what we anticipate.

Awareness is obtained by the rich experience of a being.

The experience of being and creation does not necessarily have to be verbalised, formed by a clear rational sentence. Experience is transferred through symbolic language. It is an intuitive construction of form, with the harmonisation of all elements that are able to derive from one creation. Creation is always the consequence of one’s idea, that wishes to be disclosed, and an idea searches for the wholeness to be obtained.

Division, on the other hand, wants to turn things back to individuality, in order to reinitiate the process.

The revival of the moment can be an individual game, but also a common one. Beings having similar endeavour, vibrate a certaint frequency, thus mutually attracting one another according to the law of magnetism. A dialogue set up in accordance to such natural laws potentially bears the possibility of transformation and surprise. To dance to the vibration is inherent to open beings, fearlessly taking on an intuitive adventure. We hear ourselves better by hearing others, we transform and return the vibration as a creative reaction. This kind of process will always render us surprised by others and by ourselves, by what was created. We will witness such an intelligent and intuitive completion, a dance of energies. Those energy strands will then create a thread though the process o fco-construction, unification, always into a potential wholeness.

In this case of intuitive track of vibrations, energies manifested through sound, are threaded in an open thread as the consequence of all that the being has received and wishes to disclose in dialogue. The disclosure of the being provides a fuller descend of the idea, each time from the start, in a different way… 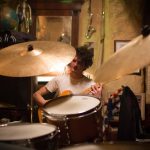 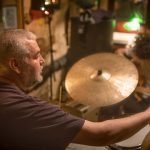 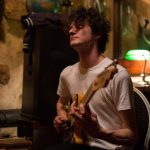 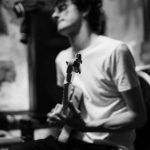 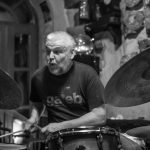 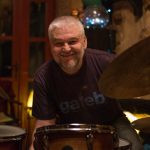 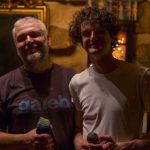 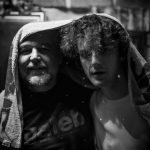 Next Artist
Mary May